Taitung county (臺東縣) is the third largest county in Taiwan, located on the island's southeastern coast with the Pacific on its eastern border and the Central Mountain Range on the western. It has an area of 3515 kilometers, one tenth of Taiwan's area, and has a population of around 240000.

It is situated where the Philippine and Eurasian tectonic plates meet. As the two plates have pushed together over millions of years, the orogeny that resulted and cutting by rivers, erosion, sediment deposit and wave impact, and other natural processes, have created a diverse geological landscape between mountain and ocean.Taitung has the ocean in front and high mountains at its rear, which give it rich ecological and agricultural produce variety. The mountains are pristine, the water pure and the rice and other agricultural products like tea, golden day lily, sugar apple and sailfish are good quality.

To the west is the Central Mountain Range. The mountains are steep and towering and are punctuated by numerous steep cliffs and have few inhabitants.The east coast is mainly pebble, sand and coral rock coast. In addition, there are also rare sea cut caves and sea cut concaved walls on land that have given geologists the best evidence of uplifting of the earth's surface.

All of the county lies to the south of the Tropic of Cancer (Norther Tropic), making the climate a tropical climate. The average temperature is higher than on the west coast of Taiwan and the effect of Central Mountain Range and Coastal Mountain Range mean the temperature of the flat land is lower than that of the mountains and hills. Average monthly temperature is of over 22°C. Luye Township is a rural township in Taitung County, Taiwan. It is located in the Huadong Valley.

Luye tea farms are best for tea farming in Taitung. Due to climatic factors, here is characterized by “early spring and late winter”, which gives the possibility to grow more harvests. The Jin Xuan Oolong, and Taiwanese “low attitude champion” Fulu Oolong Tea grown here, and are all fairly well-known. 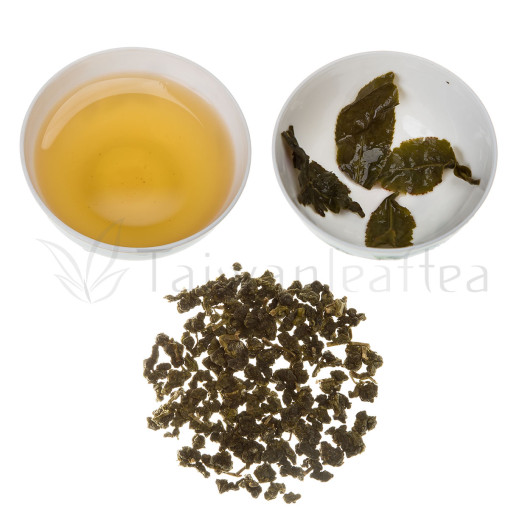 Fulu oolong from Luye Township is named "Low-altitude champion tea", and grows on the southeastern c..